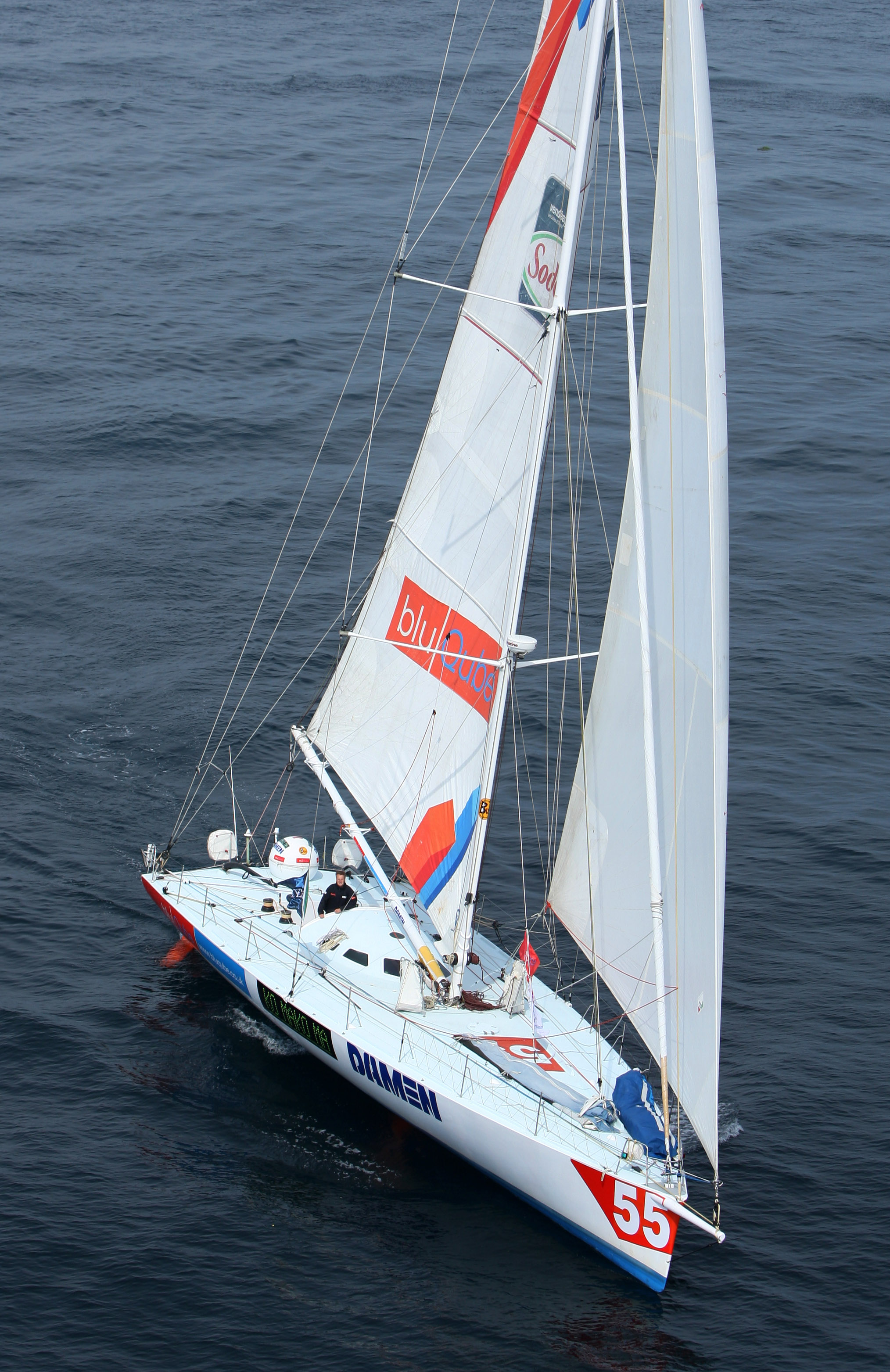 This is some pretty weird weather we're having here at the moment. In 2005 after the OSTAR race I bough the boat home from Newport RI with my Dad, and it felt like we motored all the way back as far as Ireland - not very much fun on a 50 foot boat with a 20 hp engine - we missed our homecoming celebration! There was less wind then than there is now, but not by much. Again three hours of flat calm early this morning - there's nothing you can do as the current gently wafts you back towards the UK at half a knot! Frustrating.

Yesterday I made a proper David Attenborough of myself. I saw black shapes rolling towards the boat through the gentle swell and thought great! - quick as a flash I grabbed the video camera and thought "Right, I can show the kids some dolphins, they've only seen them on TV before". (Goodness knows how I thought they would see these ones.....) The commentary began; "Here come the dolphins at last, oh no, pilot whales. Oh, dolphins. No, I'm losing it, they are pilot whales.....Ah, it's both". (Identification of wildlife - one of my strong points as you can see) I don't know what they were up to, but all the larger pilot whales, about eight in total were in a group so close as to be almost touching, with dozens of dolphins seemingly rounding them up and pressing them together. I love to see the dolphins but after years of watching them I'm not convinced that they are always that friendly - we'll never know what they were doing.

As I stood at the stove cooking tea I wondered about the people who had stood here before me - Josh Hall, the first owner took the boat around the world in the Vendee Globe in 2000, next Emma Richards did Around Alone in 2002 as Pindar, then it had a mixed history until we bought it almost two years ago to the day. Then I caught site of my vitamin pills and my thoughts evaporated - it looks for all the world like there is a picture of Cheri Blair on the front! That gave me a shock - perhaps they need the extra income now you know who is not the PM any more? I'll put a picture on the website when I get in - you can make your own mind up!

In Plymouth Alex Bennet was most positive that as long as I had music to listen to, everything else was less of a consequence. I do now own an ipod,I did bring it and it is a great tool. We had Neil Diamond, Ryan Adams,Newton Faulkner and lots of other stuff yesterday - I can sing as much as I like and nobody complains - maybe that's why I'm not seeing to much wildlife! I did think if I drowned out the radar alarm with the howling then it would be a pretty poor excuse in front of an Admiralty court (or Davy Jones depending on how badly it went) "Well your honour, I was singing and just didn't see that ship........