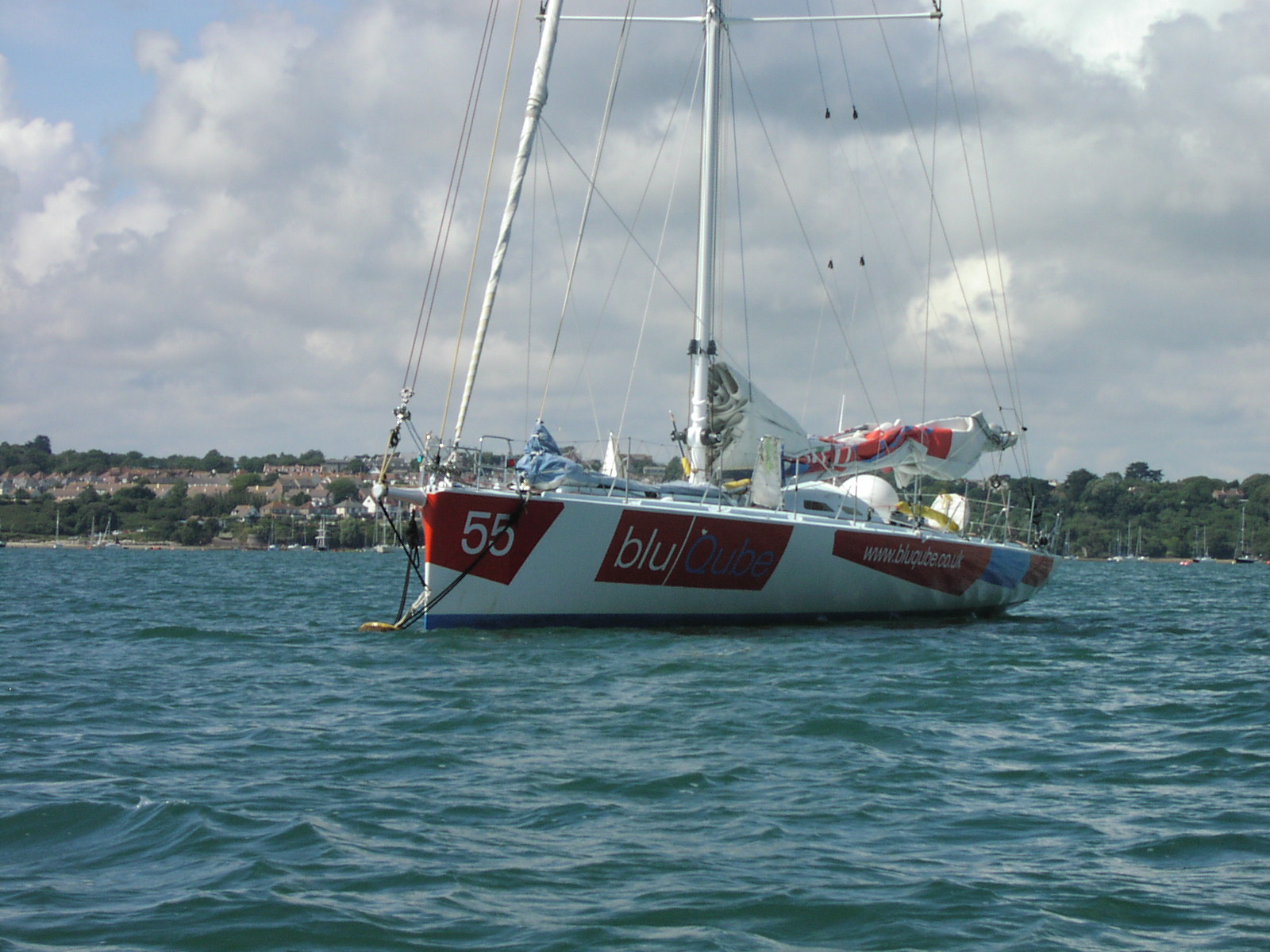 Well that's it. The boat is back in Weymouth and this chapter of the adventure now at a close. Once we got back to the Scillies it felt like we were nearly home, as it always does, and we had some excellent sailing in the sunshine with gentle breezes all of the way home. It was cold during the nights, and it was strange to be on deck and see the lights of the towns and cities on our port side taking the edge off the stars after what has now been quite a few weeks of being offshore where of course it goes properly dark.

Sam and I spent a lot of time on deck making the most of the last few hours of sailing, and keeping an eye on all of the shipping which seemed to be in overdrive this time; they were everywhere, it was like the M25!. Soon enough though we were round the Bill against the tide, and sailed into Portland Harbour and back onto the mooring. It would have been nice to sit there for a few minutes and just take stock, but we were already late for our reception committee - Kim, and Sam's wife Sarah and their family who had come en mass from Kent. We had time for quick introductions and then it was time for us to go and get the boys from school, so we are going to meet up and have a proper reminisce over a beer in the near future to tie the trip up properly. Sailing across an ocean whether racing or not remains as much a personal challenge and a spiritual experience as it does a sailing achievement, depending on your point of view, and as such I think it's important to have proper closure over a pint!

Having now been back for a week, I am finally getting a few days at home. 18 hours after I arrived I had a three day charter which finished in the early hours of Sunday morning! I am enjoying seeing the countryside and familiar places around home, and seeing some green rather than shades of blue and grey - it is a bit like discovering new senses, everything seems very bright and vivid, including my sense of taste - I have been living on pasta and porridge for so long that I have forgotten what vegetables taste like! The flip side is I am fully back to the grindstone work wise, slaving over a hot telephone and computer, attending to the business and looking for an additional larger sponsor to partner us in the Vendee Globe which is now very soon - I can feel we are close, it won't be long now I am sure, however any suggestions would be gratefully received!

The blogs will now decrease in number as running a business, even ours, is a much more dull occupation than sailing as far as I'm concerned, but rest assured you will hear me shouting from the rooftops just as soon as we have signed more sponsors, and I'll keep you abreast of anything else significant that happens in the meantime!